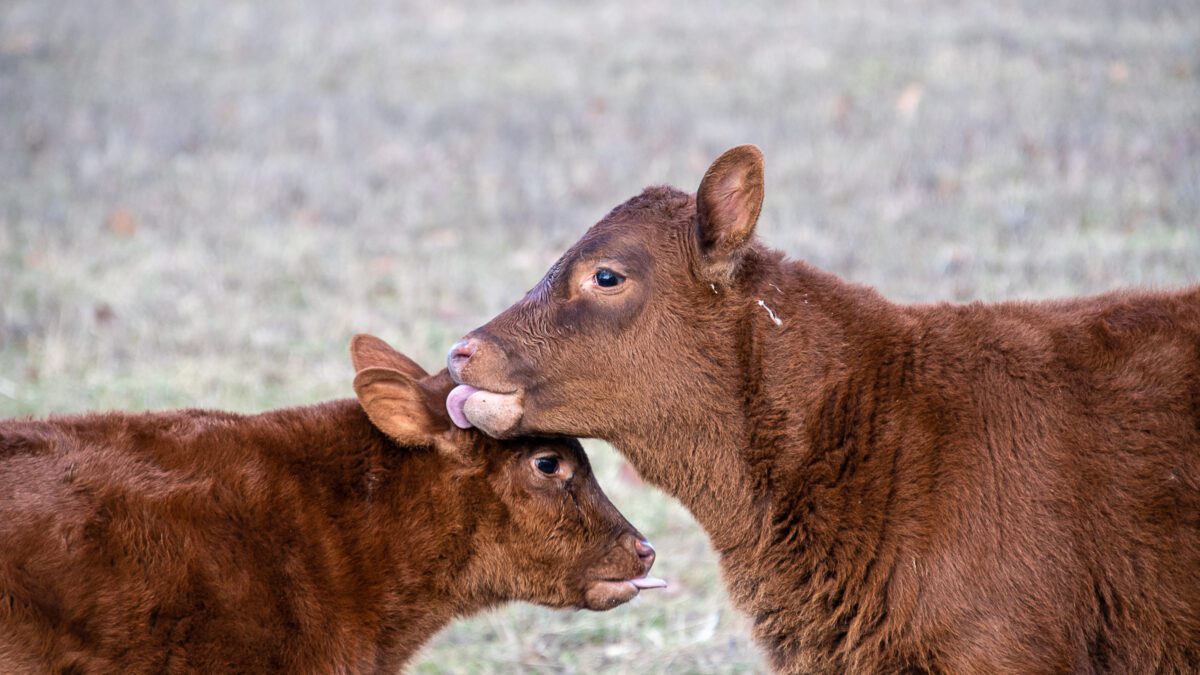 Published in The Delaware Gazette, February 21, 2015

This year it seems everyone has a tale to tell about falls on the ice, and how much more care they are taking since they took a tumble or heard other people’s dire stories. The cattle at Stratford Ecological Center on Liberty Road experienced similar problems.

Late one morning the heavily pregnant cows tried to return to the barn after grazing in the South Pasture, but were stymied at the gateway into the barn yard. This area gets a lot of use resulting in holes that retain water, and any excess lays on the surface and freezes. The cows, whose balance is somewhat off, were wise enough not to attempt to re-cross the ice. So the Tuesday farm hands, at least those who had not escaped to Florida, set to with crow bars to create a more manageable surface. They succeeded and the cows returned without incident to their well-bedded pen.

Farmer Jeff has now restricted their access beyond the barn yard and brought the metal feeder to hold the haylage into the yard. The cows, on a higher mineral ration but no grain, have taken to their new feed. However, it is not as frothy or as moist as Farmer Jeff would like it. The grass was more fibrous when it was finally made into haylage because he delayed the operation hoping to make conventional hay. We still have round bales, used to create the “caterpillar” during Harvest Fair, as well as square bales to feed. It is comforting to have all three options.

The pregnant ewes and nanny goats are receiving a supplement of spelt twice a week to provide fat and protein. The first lambs could arrive before the end of February. In order to have two adjacent clean pens to birth and house them, Farmer Jeff and a couple of volunteers took advantage of a “warmer” dry day, if you call 18F warm, to muck out. Once the job was completed it was gratifying to open the gate between the pens, knowing the future transfer of ewes and lambs will be much easier.

The manure was carried from the barn in the muck spreader and deposited in a long pile in the South Pasture to decompose. As I watched the brown clumps flying out of the spreader I could not help but giggle as I remembered the advice to “never stand behind a muck spreader.”

It was a surprise to hear the maple tree sap was flowing in mid January. Anytime the temperature is above freezing it will flow. A few trees were tapped and pitchers of the slightly sweet water were brought to the kitchen for anyone to try as a refreshing drink.

The farm hands washed out the sap buckets, rounded up the equipment and calculated how many bottles to buy to hold the syrup from 220 trees. The relatively new evaporator had a leak in one of the pipe joints. New farm hand Dan, a retiree from Nestles in Marysville, was able to return to the plant and have it welded. Once again, we are grateful for the support we receive from a wide variety of people and companies.

This week we should have been cooking in earnest in the Sugar Shack as Messages from the Earth 5th graders were due every day, plus other school groups, to learn the process. However wisdom prevailed and a lot of schools cancelled and rescheduled. Farmer Jeff reckons we will be sugaring through March this year.

The paths and new steps are in good order. Of course with this week’s record breaking low temperatures the sap stopped flowing, and with families coming out today for the first of our Maple Sugar Days we may have to improvise with water. It is such a beautiful experience to be out in the woods so it will still be worthwhile, especially as we have maple syrup left over from 2014 to sample.

Other opportunities to visit Stratford in the next month include: another Maple Sugar Saturday on February 28 and the Big Breakfast on March 7; a Rain Garden Workshop on February 28; Organic Gardening 101 and a Blue Bird Workshop on March 14; and the first Vernal Pool Monitoring on March 20. A description of each can be found on our website. After all my talk about ice, we sincerely hope you remain upright until we can all walk safely once spring arrives. Hopefully that will be soon!

Pauline Scott is a farm and nature guide at Stratford Ecological Center, 3083 Liberty Road, Delaware. She can be reached at 740-363-2548 or by email at office@stratfordecologicalcenter.org. Website: StratfordEcologicalCenter.org