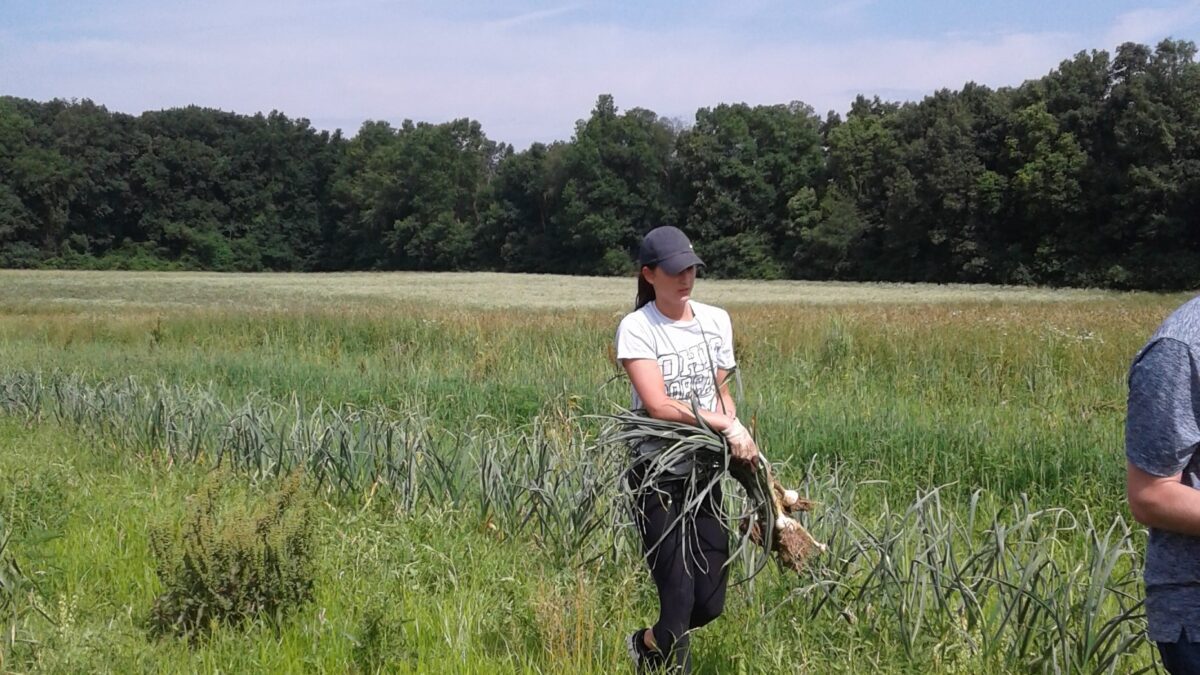 Published in The Delaware Gazette: April 3, 2010

Last Monday there was enough rain water pooling behind the education building, at Stratford Ecological Center on Liberty Road, to provide a great swimming hole for the resident Mallard ducks, two males and a female. It was uplifting to glimpse this unexpected sight on a grey morning. They were hatched in a local school and given to us to live on the prairie pond. To ensure their safety, they were housed in the orchard during the winter and recently let out. We hoped they would make their way back to the pond, but they prefer to hang around until we transport them.

Dick Tuttle put the finishing touches to a kestrel box attached to the inside of the east wall of the hay loft. He drilled an access hole to the outside and a peep hole on top to check the nest, eggs or young. Another kestrel box is sited on the outside, along with a bat and a flicker box. English house sparrows are nesting on beams in the lower half of the barn, with barn swallows occupying the upper section.

The kestrels keep the mouse population down, the bats capture mosquitoes, and the flickers devour various insects and worms. The swallows alight on the backs of the cattle to eat the deer and horse flies, problematic to any livestock, while the English house sparrows, not to be confused with the various well behaved native sparrows, do little more than steal feed grain and eat spiders.

English house sparrows can be a nuisance, especially where bluebird and tree swallow nesting boxes are concerned. They have a tendency to take over an established nest and ruthlessly destroy its content. Stratford is part of an effort in Delaware County, on behalf of the Ohio Bluebird Society, to attract bluebirds by providing nesting boxes. A tree swallow can build its nest in these boxes too. They get along well and don’t compete for food. Bluebirds eat insects found in short grass and tree swallows eat flying insects. The birds naturally control insects who would seriously affect the health of our crops.

At Stratford in 2009, under the guidance of Paula Ziebarth, Delaware County Coordinator, volunteer Geri Peffers monitored 27 bluebird boxes. Geri recorded the fledging of 87 tree swallows and 27 Eastern bluebirds. These birds, and their parents, will return to the Delaware area to nest and Stratford wouldn’t have enough boxes to house them. Paula suggests we can all help by following some simple guide lines and installing a bluebird box or two in our own yard.

The matriarch of our goat herd, Mystic, a fourteen year old Oberhasli, passed away over the weekend. Mystic was donated, at age six, by Sally Waterhouse. Since then she has become a great‐great‐Grandmother and finally retired. Her teeth stuck out somewhat and she wore a green collar. We had to grasp her collar, as she was over eager to play with our young visitors. We are grateful to Mystic for providing the breeding stock to increase our herd and for the pleasure she gave us. We will miss her.

Another long time fixture, five‐year‐old Mir, a Toggenburg buck goat, will soon be leaving the farm for the processors. There will be plenty of meat for a family who enjoys mature goat. A son of Miracle, he became a pet because he was the only one left from her line. As a wether, Mir could not be used for breeding. With his big horns and strong body he became too much to have around. So after a life of leisure, it’s time to say goodbye and thank him for the many hours he spent playing with our farmer’s family.

Shade, our black cat, had kittens and hid them. Despite many searches they have yet to be discovered. The young boar will go to auction next week and may be bought for further breeding. Despite our doubts, some of the young chickens laid their first eggs on St. Patrick’s Day. The twenty five hens have come back in to lay, and produce eighteen eggs a day between them. The first ewe looked like she was going into labor and we should definitely have lambs by Easter. BoBo, our llama, is relegated to the goat pen as we are afraid he will step on a newborn lamb, as he eagerly reaches for his hay.

Hundreds of salamanders are returning to the vernal pool to breed. Their presence is a key indicator of a healthy ecological environment. They travel as many as three miles to their place of birth. They buried themselves in the ground last summer when the pool dried up. Along with the sounds of the birds and those tiny frogs called peepers, the salamanders return is an early sign of spring and so welcome.

Vernal pool monitoring takes place Friday, April 9 at 9.00 pm. and Friday, May 7 at 9.30 pm. as part of a state‐wide preservation effort. Bring a strong flashlight and wear your mud boots. $2/person or $5/family. No reservations necessary.

A wild flower walk for adults in our Nature Preserve, highlighting trillium and wild hyacinths, as well as over thirty different wildflowers, is planned for Saturday, May 8 from 10 am–noon. Cost $5/person. Please reserve. A separate children’s walk, with emphasis on using the five senses, happens at the same time and also costs $5. Stratford was declared a State Nature Preserve because of its spectacular wildflowers.