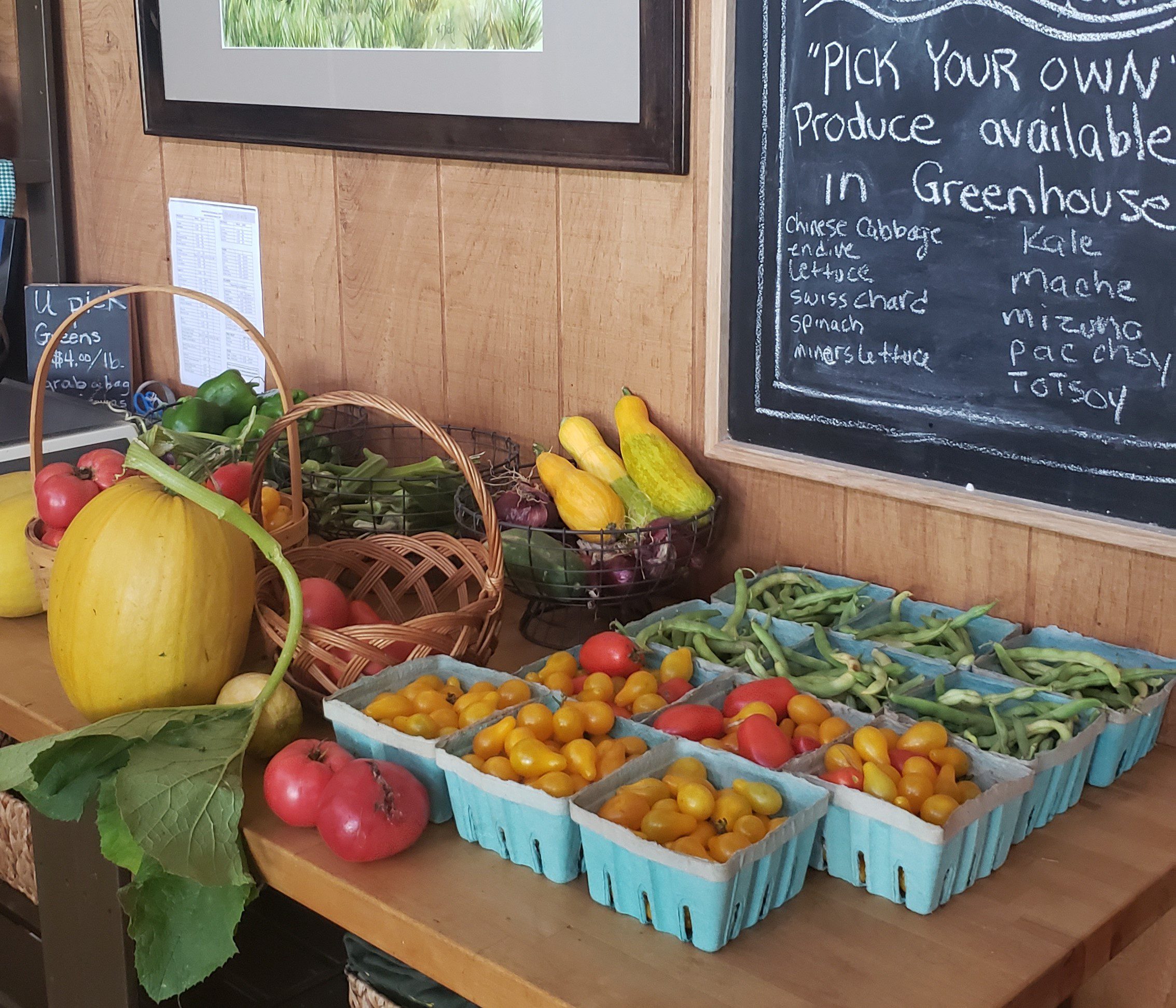 Published in The Delaware Gazette, November 15,2014

There has been no let up of events and activities at Stratford Ecological Center on Liberty Road during the last month. The warning of cold weather fast approaching has provided incentive to clean up in the fields and gardens while the warm winds continue to blow. Every Tuesday the women work crew picked tomatoes, peppers and cabbages for a couple of hours. PIN welcomed some of the bounty, and the rest was processed in the kitchen by our gifted volunteer cooks into tomato soup, sauce and salsa for events at Stratford.

The soup, along with grilled cheese sandwiches made with Delaware Community Market’s multibeneficial sourdough bread, was served at the fall Friends of Stratford Reception. It was not quite as simple as the menu sounds to prepare this for a hundred people, but the results were fortunately worth the effort. A fire was kindled in the patio fireplace, and after guided tours of the farm and woods everyone gathered for hot spiced cider and cookies. The fire stoker summed up the afternoon as one when everyone and everything was in perfect harmony. Wow, how special it that!

Another fire was lit a couple evenings earlier beside the pond. Families rode on the wagon along the lane to see the animals and circle the prairie and pond, before gathering for popcorn and a story around the campfire. We tried to get a sing along going, but suffice to say we need to practice a lot more songs before next year. The guided night hike along the lantern-lit Sugar Bush trail was met with much more enthusiasm, and nearly everyone hiked back to the Education Building where the children picked out a pumpkin.

This week the Tuesday crew men completed improvements on the entry to the Sugar Bush trail, and built steps into the hillside near the first bridge. These areas were eroding and especially slippery in wet weather. Thanks to their efforts next year’s maple sugar tours to the Sugar Shack will be a lot more manageable.

Farmer Jeff’s family greenhouse was finally roofed over with a huge plastic cover. It is half the size of our other one, and uses the same principle of a fan to inflate the space between the cover to make it more structurally sound. For weeks work has gone into bolting old doors together to make low side walls and attaching the arched frames. With no permanent front and back walls the excess plastic on the corners had to be pleated and secured. A door has been cut in and framed at one end, and with young spinach already established the timing could not have been better to ensure they will thrive this winter.

Driving along rural Bean Oller Road, en route to Stratford, I noticed a farmer had baled his corn stalks after harvesting the ears. The round bales can be used throughout the winter for livestock bedding, and if hungry enough the animals will eat their bedding. One year Stratford was given half a dozen such bales to make a caterpillar in Kid’s World during Harvest Fair; we later used them to mulch the asparagus. They provide “clean” mulch as unlike hay they contain no weed seeds.

The fields of spelt are looking great, and although the cover crop of rye in field 7 has been slow to grow, it will survive. Presently, the animals are gleaning in the North and South Pastures and field 5. With no rain forecast until tomorrow there is a good chance all the corn will be harvested by tonight, and once cleared the animals will graze there.

t was music to my ears to hear that it is likely all of our cows are in-calf. They are putting on weight, especially Sugar. She had twins two years ago, and Farmer Jeff is wondering if this is the case again. Sassy’s year old steer is still trying to snatch a drink. He surely must be out of luck judging by her floppy udder. The two bull calves are now old enough to introduce to the herd. One in particular had been under the weather, but both have brightened up amongst their new company.

Gunther the buck will join the nanny goats this weekend. Kids can be expected anytime from mid April. The young buck Marvin and the other buck born this year, plus the last of the Boar-Nubien cross nannies, will go to the processor this month. We don’t want to get in the position where we become even more attached to Marvin, and then have to let him go because he becomes too boisterous. The BN cross has not suited our farming style. We have returned for the second season to the Toggenburg breed, using Gunther to produce pure-bred kids we can raise for our own breeding stock.

We will be closed Thanksgiving Day until the following Monday. We wish you a Happy Thanksgiving. Should you eat too much, you are welcome to walk it off at Stratford during the first week of December, when we start winter hours M-F 9:00 to 5:00 pm.

“Farm Connection” is a monthly article connecting city folk to life on the Stratford Ecological Center farm. It is published on the third Saturday of the month on the farm and garden page of The Delaware Gazette