Signs of Spring are Everywhere at Stratford Ecological Center

Stratford’s Corn is In, Syrup Cooking and Bees Alive! 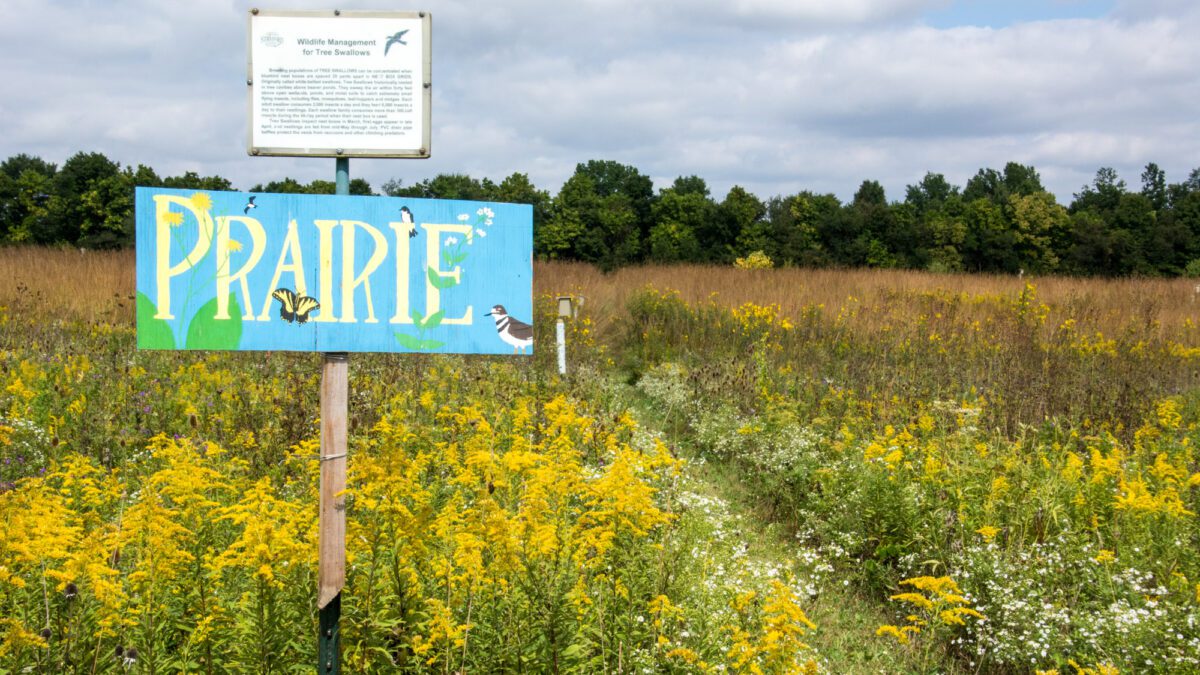 The first of April came in like a lamb as we feverishly hoped at Stratford Ecological Center on Liberty Road. After the previous Saturday’s dreary skies and yet another three inches of snow, we were well and truly April fooled when temperatures reached sixty degrees.

I heard the peepers in the Button Bush swamps for the first time, and it seemed everyone was at the farm and in high spirits. The day started at the Sugar Shack with a breakfast cooked over an open fire to mark the end of sugaring season. The season’s 24.5 gallons of maple syrup was a little disappointing after tapping 75 additional trees. An impromptu mother’s group from Clintonville wandered around all morning. Some of the Tuesday crew took it upon themselves to replace some spikes on the old spike tooth harrow. The weekly gardeners met for the first time; they raked leaves outside the children’s garden and restored the gravel to the driveway from the grass.

By late March the ewes, with lambs big enough to fend for themselves, joined the rest of animals in the South Pasture. It seems every animal, wild or domesticated, is very hungry after a winter that started last November. This may account for our losing some hens to predators, after second graders from Carlisle School moved them to the orchard. The six round hay bales have finally disappeared from field #3, and as our hay supply dwindles we are thankful to see the grass just starting to grow and provide nourishment.

Farmer Jeff was concerned about winter kill after the snow melt revealed totally brown grass. But he found the spelt survived and is nicely up in half of fields #2 and #5. Somewhat to his astonishment the blackberry bushes are just fine. The double line of rhubarb is flourishing. The apple trees are leafing out and the pear tree in the children’s garden should do well after a drastic topping. The fifteen-year-old peach trees are succumbing to peach borer and will be removed.

As expected the second flush of oats in field #1 has died off, leaving the clover and orchard grass. The Timothy grass and clover is looking good in field #2. After nearly six inches of rain in the last two weeks, and snow preceding a record low of 22F in the early hours of April 16, one sinks into the grass at every step. Corn planting in Ohio is seriously behind schedule. Farmer Jeff will have to assess the conditions in each field before deciding on this year’s crop rotation.

We could not wait for our chickens to hatch under the incubator in the classroom, so we purchased six day-old chicks from Tractor Supply to have available when the first school groups arrived in late March. Our chicks hatched in due course, with lovely black stripes contrasting their yellow down. We have continued to add eggs to the incubator and will delay buying chicks until early May. The hens are laying a generous number of eggs, but some are getting past their prime and the new chicks will replace them in the fall.

Farmer Jeff was ready to bring in a boar to mate with Roxie, only to find the boar had been sold, so he decided to try artificial insemination. He sent away for “boar scent,” which comes in a spray bottle!! On March 13 an intern began encouraging Roxie to come into heat by holding a sprayed rag on a stick under the sow’s nose. This went on for some days. After she finally reacted we waited three weeks for her to come in heat again. Roxie’s breeder visited the farm on April 8 and supervised our first attempt. The procedure was a breeze, and we expect piglets to arrive around August 1.

On May 1 from 6 – 8 pm. you can find out “Why We Need Honey Bees” when Stratford’s Apiarist, Dave Noble heads a discussion on pollination and our dependence on honeybees for our food. The cost is $10 per person. The wild flowers will be at their best during the next month. A guided walk led by naturalist, Bob Harter, is slated for May 10 from 10 until 12 noon at a cost of $5.00 per person. Please call for reservations.

Please come out and feel the sun on your back now the worst of the winter is surely over.