Adventures on the Farm 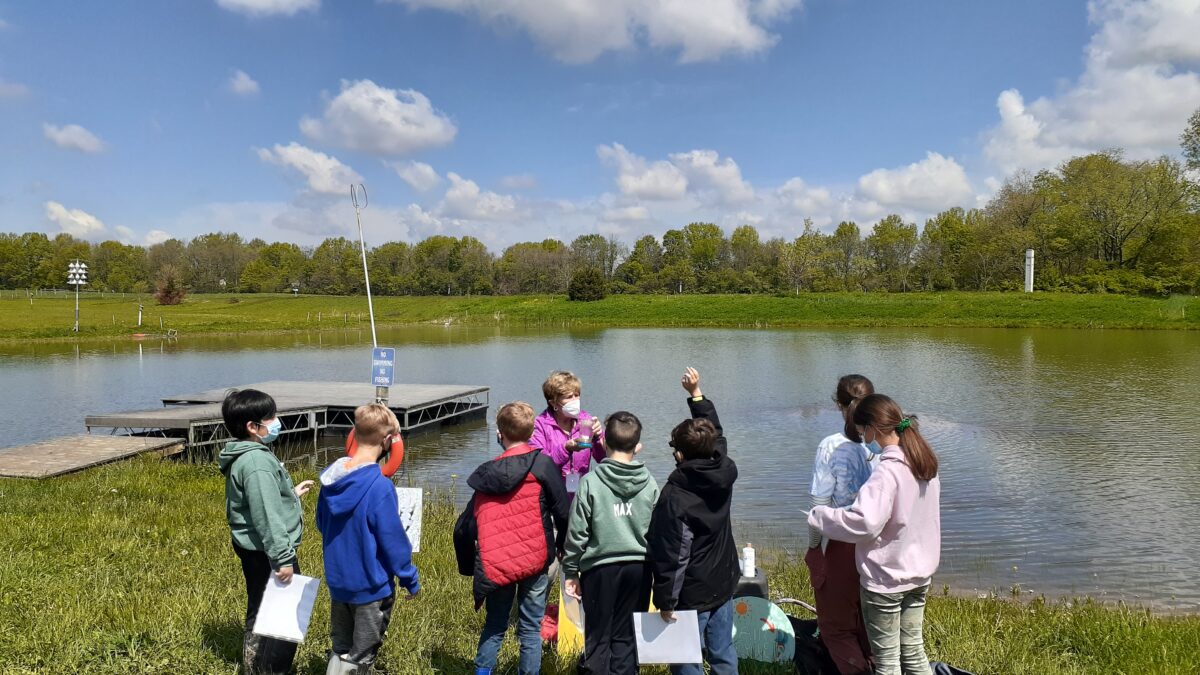 Published in The Delaware Gazette, January 19, 2013

A diminishing supply of straw used to bed down the animals at Stratford Ecological Center on Liberty Road necessitated a search to replenish our supplies before the holidays. Last season’s spring-planted spelt failed to mature in the drought and left us with no stalks to bale as straw. It was a similar story with other farmers and local straw prices more than doubled to $5-$7 a bale. Fortunately, we discovered a source near Bellefontaine willing to sell to us at $3.25 a bale, if we picked it up.

In retrospect it would have been cheaper to pay the higher price, as the “pickup” turned into an adventure. Assistant farmer Gabe and horticulture intern Matt used the farm’s Suburban to pull a cattle trailer to haul the 50 bales. Unfortunately, the transmission blew just outside Bellefontaine. According to the men it was quite a feat to have the rig towed to a repair shop. They “recovered” in a warm pizza parlor, as they waited for farmer Jeff to collect them. They returned in early January for the straw, and that turned out to be yet another story, for another time.

Our freezers were all full at the end of December, with an overflow in PIN’s freezer. A total of six hogs, one steer, and infertile Jersey cow Molasses were processed. To move the meat we generated a mass email and the response was much greater than expected. People really wanted the pastured pork and grass fed beef. “Vegetarian” volunteer coordinator Jane, and Gabe, combined their efforts for days to satisfy the orders. The meat inventory, including lamb, is now at manageable levels.

Roxy, our Tamworth sow, really missed her babes and stopped eating for a few days. It was hard to see her so sad. She has turned around and now spends her days sweeping up straw and corn cobs into a large round, deep bed where she snuggles at night. She may be getting broody and that’s good because a boar is coming for her annual mating.

Farmer Jeff was in the greenhouse when I arrived for my farm update with him. He was showing volunteers where and how to place a double layer of donated bricks to outline the freshly created raised beds. The effect is very pleasing to the eye.

At the same time, weekly volunteers Liz and Becky were busy transplanting lettuce and beets in enviable composted soil. They discovered starts of renegade poppies in the tray, and reached a compromise when one wanted to plant them and the other felt strongly against it. They opted, and actually had little choice, to allow only those seeds hiding in the vegetable transplant soil to remain in the greenhouse to create color in the spring.

As it was a sunny day with temps in the mid-thirties, Farmer Jeff and I decided to check out the barn and then walk across the fields. Inside the sheep and goats were freshly bedded with the new golden wheat straw. The yearling nanny goats have not been de-horned. This becomes a problem if they twist their heads between the pen boards and get stuck reaching for fallen hay in the walkway. Narrow troughs have been attached low down on the boards and contain fine black kelp and Redmond salt. They supply natural trace minerals and the goats and sheep manage their own consumption according to need.

We felt a nice breeze on our faces as we checked out the Giving Garden, and found the annual rye cover looking very healthy after the snow melt. Farmer Jeff shared he was relieved to see three inches of spelt growing so well in the adjoining North Pasture. The spelt responds positively to snow cover, but until you actually see the green blades after a thaw it is hard to believe they are doing ok.

The sap flowed last week in the sugar maples, as the weather warmed to an unbelievable sixty degrees, but it has since stopped. Volunteer Mike spear-headed a dummy run in the sugar shack, using only water, for students from St. Mary’s Catholic school in Delaware during their “Messages” program. Last weekend’s inch of rain, the snowmelt, and the freezing and thawing, allowing the water to penetrate the ground, has raised the water table. This will ensure maple syrup for our annual pancake breakfast on March 9.

After checking out the breeding cattle and watching them enjoy the conserved grazing in Fields #4 & 5, we called it a day and returned for our own lunch.

The program calendar for 2013 is on our web site and available in the Education building. New additions include: a monthly Saturday morning fiber circle, fourth Friday evening book talks, seasonal vegetable ingredients demonstrations, and a special event when authors and farmers David Kline and Gene Logsdon will lead a pasture walk. With the variety of programs, and 236 acres of farm and woodlands to explore, we hope you will be tempted to come out often this year and take advantage of all we want to share.