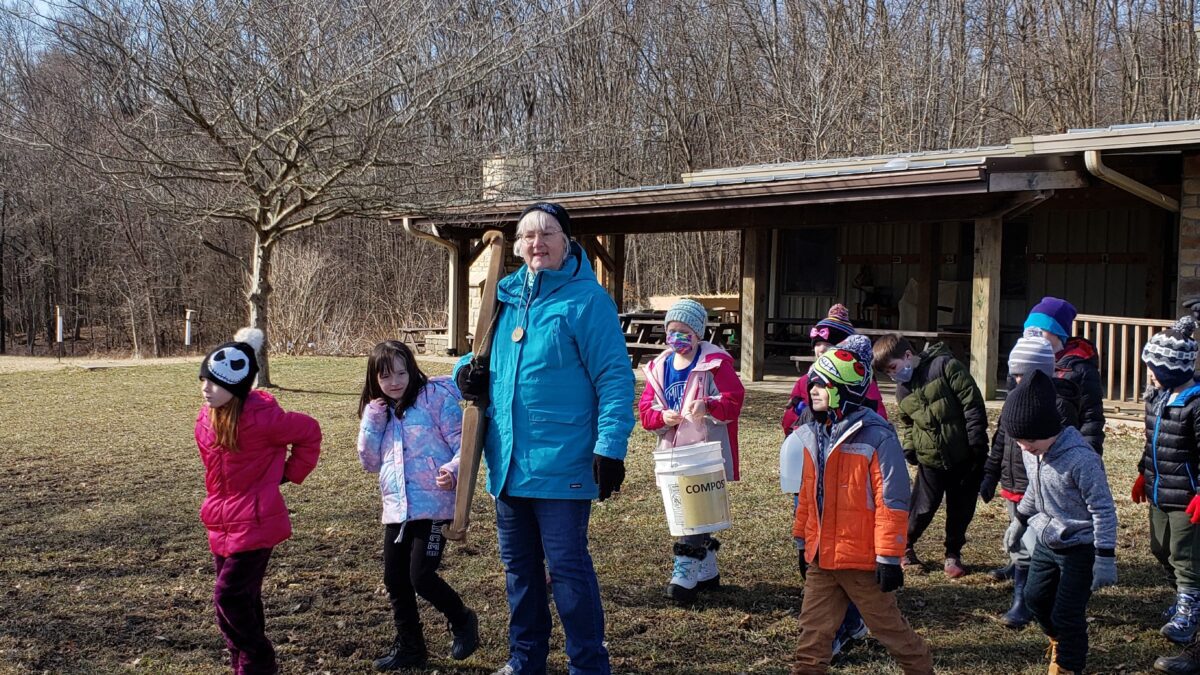 Farm and Nature Guides have been the backbone of Stratford Ecological Center on Liberty Road since the first busload of school children arrived for a tour in October 1993.  In early spring and fall the guides, and potential guides, gather for refresher training with our Education Director.  This fall new faces appeared as a result of the Volunteer Open House in August.  One seasoned guide enjoys the children and he shared, “It’s a riot with the kids!”  He had a desk job for forty years and now considers himself a farmer.  New guides shadow the experienced ones until they feel confident in their abilities to help children discover their inborn love of the natural world.  As class sizes grow, we would welcome new guides.

Recently, the guides thought they would be guiding Kindergarteners for two hours, only to find they were seniors from Olentangy-Liberty High School, who were studying regenerative agriculture.  Often older students are as interested as the little ones, and we made sure they had fun.  They were respectful, engaged, questioning, hands-on and smiling.   Not the usual image of a teenager!  They climbed the round haybale caterpillar for a photo op, picked up handfuls of freshly cut thick grass, and felt and smelled the material that we make into hay earlier in the season.  Then, after a subtle demonstration, they laughed and threw it at each other; such simple bliss.  Some had never walked in a Delaware Preservation Park or a woodland. They so wanted to touch an animal, and they had their wish with the cattle in the pasture.

Carl Gleditsch, a member of the Apiary team, presented his final monthly show-and-tell for the season, on Native Pollinators, which includes numerous bees, insects, and even bats.  A nine-year old, home-schooled girl stole the show with her knowledge of pollinators, and proved it is never too early to expose children to a deeper understanding of a subject.

Carl caught our attention when he mentioned Tequila and the lesser long-nosed bat that pollinate the blue agave plant that is the source of Tequila in Mexico.  Lovers of artisanal Tequila, and the farmers growing it successfully on marginal productive land, became worried when the bat was listed as an endangered species in 1988.  The crisis occurred because of a desire for speedier production requiring the harvesting of the plant before its flowers bloomed, thus denying the bat its food source, nectar, and the plant an improvement in its health.  It took 30 years for traditional makers, biologists, and citizens to ensure some flowers were allowed to bloom and restore the number of bats and in turn taste, and they have now been removed from the endangered list.

The family-oriented Harvest Fair was held on October 1, the first since the beginning of Covid.  The fields were dry, allowing plenty of space for parking the 750 visitors, staff, volunteers, and vendors.  The day was chilly, and families did not stay as long as usual, which helped to avoid overcrowding.  Kite flying was cancelled this year, because during the previous day’s trial 2 out of the 3 kites ended up in a tree!  However, there was a new feature: archery.  Karen and Dorrie, our veteran farm camp instructors, set up the targets and patiently shared safety instructions.  There were long lines all day.  Catch and release fishing was popular at the pond.  Farmhand Bill set up a blacksmith shop and created beautiful small horseshoes for the children.  Cider making was moved to the classroom, well away from the yellow jackets, and the new high-powered microscopes exposed tiny pond life to the naked eye.

Farmer Jeff spent hours on the tractor this past weekend in preparation for planting spelt.  He disked four times across parts of fields 1, 3 and 4.  Number 4 is the first field to be divided into four parts to provide more options to rotate the crops.  Hopefully, this will increase fertility to combat the decrease caused by climate change. The ground is very dry and kicked up a lot of dust, below, the surface is rock hard causing the disks to noisily vibrate.

Five lambs, the last of this year’s births, together with the white LaMancha goat and the young Toggenburg nanny, both with recuring health problems, went to the processors on October 10.  Lamb will continue to be on sale at a 20% discount.  The freezers are full, and you are welcome to come and purchase the various meats.  Honey supplies are plentiful, with the last batch wonderfully thick, and tasting, as usual, delicious.  The greenhouse is turning over in readiness for winter production.  There are some unusual lettuces for u-pick, and it remains a tonic to behold.

Please check our web site to see when we are open to the public, and our programs for the coming months.  Fall is beautiful this year, but who knows when cold weather will make an appearance.  We hope you get your outside work completed before it materializes. 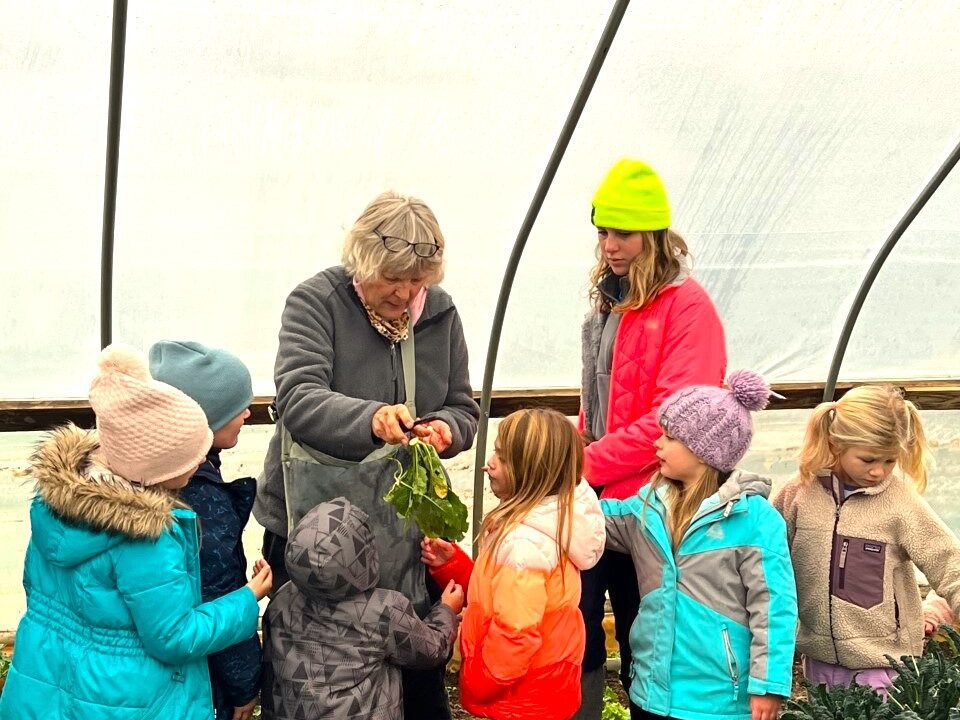